The Asian hornet was accidentally transported on a shipment of Chinese materials and settled in 2004 in southern France. From there, the species expanded at 60-100 km per year. Meanwhile, it is already established in Portugal, Italy and Belgium and nests have been found and removed in several other European countries. For Belgium, a first observation was done in 2011 in Flobecq. In November 2016, a first nest was found in rural Guignies by school children. This nest was removed but probably some of the fertilized queens could escape. In France, the invasion front reached Picardy and Nord-Pas-de-Calais as early as 2011. The first nest in Flanders was destroyed in the autumn of 2017, in Poperinge. Meanwhile, the species is widely distributed in Flanders. 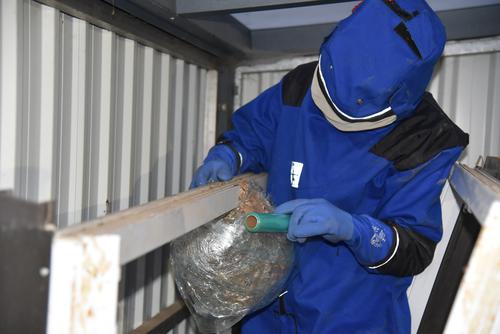 Impact on honeybees and biodiversity 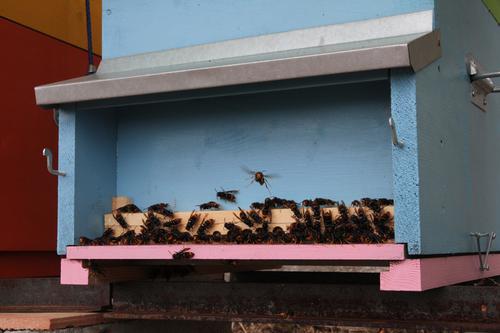 Asian hornets hunt in groups in front of the beehive and can sometimes be very numerous (Photo: S. Lioy, Life Stopvespa).

Because of its impact on biodiversity, the Asian hornet is included on the list of invasive species of Union Concern of the EU IAS Regulation. Belgium has to organize surveillance and must carry out a control programme for this wasp. Vespa-Watch is an important part of this programme. The invasion of the species is monitored and managed. In case of attacks on beehives the nest is detected and destroyed by competent services. The species nests mainly in (peri-) urban and agricultural areas but also in forest areas. Targeted (beekeepers) and general surveillance should be organized as area-wide as possible.

As with other bees and wasps, the sting of an Asian hornet is painful. Stinging is the natural defense mechanism in case hornets or their nests are disturbed. Therefore, disturb hornets as little as possible. A sting of Asian hornet is similar to a sting of other wasps. Its sting is not longer than that of a European hornet (3 mm) and the amount of poison is no greater than that of a honey bee (15 microliters). Problematic situations are therefore rare and linked with the amount of stings and hypersensitivity. In France, 0.3-7.5% of people are allergic. Additional vigilance is advised for people with a sensitivity to wasp stings. Make sure that someone always stays nearby after you have been stabbed. If you become unwell or sick, call the emergency number 112 as soon as possible. More information on things to do when stabbed on this page.

Nest destruction is a specialist job. Working at height and the aggressiveness of the wasps in case of disturbance of the nest, represent particular health and safety hazards. Therefore, never treat Asian hornet nests yourself, but leave this to trained professionals.

Do you think you found a nest of Asian hornet? Report it via the Vespa-Watch website or via iNaturalist and provide details about your observation. This way, experts can determine whether it is really an Asian hornet nest and a destruction can be planned. Destruction is specialized work that requires training and materials (wasp suit, eye protection, atomizer, telescopic lance, fire ladder). If possible, state details about the location (address), the accessibility of the nest, the height, and leave your mobile phone number so that nest removal can be planned more easily. Destruction of an Asian hornet nest is only performed when the nest is found.